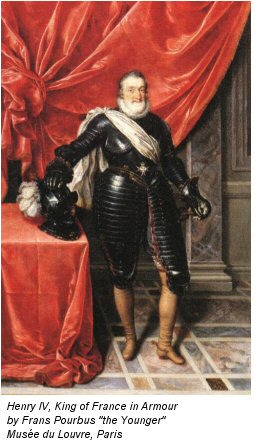 In 1608, King Henri IV combined the administration and holdings of the Order of Saint Lazarus in France with the newly established Order of Our Lady of Mount Carmel, both being placed under one Grand Master - Philibert, Marquis de Nérestang de Saint-Didier. This administrative union of the Ordres Royaux Militaires et Hospitaliers de Saint-Lazare et de Notre-Dame de Mont-Carmel received Canonical acceptance, confirmed in 1668 and again in 1695. The joined Orders were declared protectorates of the French Crown.

The relationship of the joined Orders to the French Royal house was further augmented in 1720, when the reigning French Regent Philippe Charles d’Orléans appointed his son Louis d’Orléans et de Châtre as Grand Master of the Orders. This started the trend whereby the subsequent 19th century Grand Masters and/or Protectors were members of the French Royal House.