Revolution, exile and a new focus 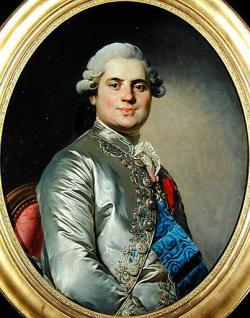 Following a period of political and social upheaval in France, the Revolution of 1789 set out to abolish all the symbolic paraphernalia that represented the Ancien Régime. These included the Chivalric Orders in France including the Orders of Saint Lazarus and of Our Lady of Mount Carmel. The Orders thus ceased to have legal recognition in France for the duration of the First French Republic [1792-1804] and the First French Empire [1804-1814]. In 1814, after the defeat of Napoleon Bonaparte, Louis Stanislas Xavier, head of the Bourbon Family, was asked by the French Senate to re-assume the throne of France. The new king Louis XVIII proceeded to revive the Ancien Régime’s chivalric orders including the Order of Saint Lazarus assuming the protectorship of the Order.

The 1830 July Revolution was to change once more the fortunes of the Order of Saint Lazarus, forcing the abdication of King Charles X and his son King Louis XIX. The kingship was assumed by Louis Philippe d’Orléans who withdrew the Royal protection for the Order of St. Lazarus.

The Order however still retained its original Papal fons honorum and its members continued to associate and organize themselves using their old titles well into the mid-19th century. By then, the Order had transferred its attention to the philanthropic support of the rebuilding of the Monastery of Our Lady of Mount Carmel at Haifa in the Holy Land. This activity, together with a visit of the Melkite Patriarch Maximos III Malzoum to Paris, probably led to the establishment of links between the Order and the Melkite Patriarch who had been delegated the responsibility for all Christians in the Holy Land by Pope Gregory XVI in 1838. By 1896, members of the Order were being termed either the Hospitaller Nobles of St Lazarus or the Hospitaller Knights of St Lazarus.